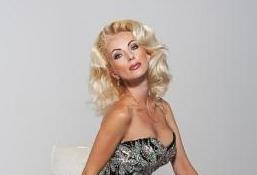 In 2002 Anastasia Shutko became the winner of the All-Ukrainian Competition "New Names of Ukraine", and in 2004 she won the Grand Prix at the International Competition "Art of XXI century".

Since 2004, she has been working for the National Philharmonic of Ukraine. She had recital parts of concerts in the Lysenko Concert Hall and the Small Hall of the National Philharmonicof UKraine, toured on cities of Ukraine. On stage of the Lysenko Concert Hall she appeared in the concert performance of the opera "Running" by V. Bibik. Her tours in the USA, Canada, and Italy were successfull. Singer is actively involved in the Philharmonic concert events.

A. Shutko has varied repertoire: numerous works of domestic and foreign classical composers and contemporary authors, jazz compositions and songs from musicals. Wonderful performing skills and bright artistic talent of the singer allow her to appear in different genres and styles of singing. Unique tone color of the singer captivated the hearts of many listeners in Ukraine and abroad.