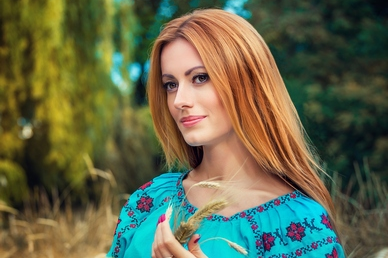 The singer is an active participant and organizer of charity concerts in support of children with cancer, and special concerts for ATO fighters. She sings in different styles and genres - from Folk to Jazz-Folk. Her repertoire includes many folk songs from all regions of Ukraine, as well as songs on poems by Mykola Lukiv, Maria Boyko, Vadym Kryschenko, Borys Oliynyk, Mykola Som, Iryna Kyrylina, Ruslana Bilyshka , Oleksandr Moroz, Dmytro Lutsenko.
The singer has released three Audio Discs: "To You," "Sing, my Family", "Unconquered". Filmed four videos, "Thank You, Mother," "Father and Mother", "Christmas Song", "Love is Shorter than Life." She has over 20 recital programs.

The singer is co-working with the groups "Dyvohray" and "Veseli Musyky" of the National Philharmonic of Ukraine; with chorus and orchestras, Ensemble of the Armed Forces of Ukraine, Academic Orchestra of Folk and Popular Music of the National Radio Company of Ukraine, the National Veriovka Choir, Folk Group "Bozhychi."
Yaroslava Rudenko is an active participant of various television and radio programs.